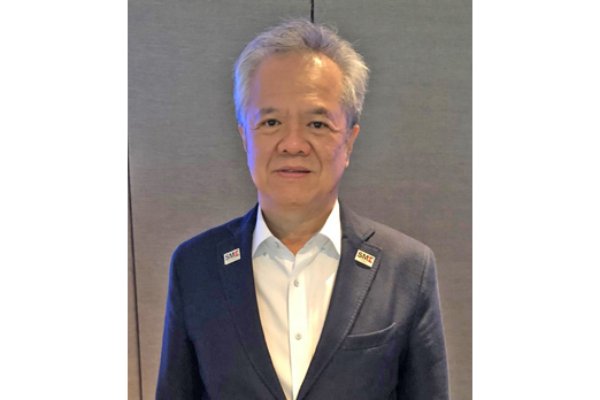 The SME Association of Sabah hopes the Federal Government can help to expedite the setting up of a free trade zone (FTZ) in Sepanggar Bay and also an additional one in the Palm Oil Industrial Cluster, Lahad Datu.

Making the call, SME Sabah president Foo Ngee Kee (pic)  said the two ports in Lahad Datu and here are well-equipped and being upgraded to cater to FTZ and CIQs (customs, immigration and quarantine).

“With the FTZ, Sabah can leverage on our neighbour, Kalimantan and other countries in the BIMP-EAGA region to scale up to meet the export demands,” he said after a luncheon talk with Federal Trade and Industry Minister Datuk Seri Mohamed Azmin Ali, here, recently.

“Currently, due to the small population of Sabah of 3.9 million people, our production volumes of agro-based products cannot fulfil the importers requirements sustainably on a regular basis.

“The lack of plantation workers can also be addressed when Sabahans and Malaysians invest in Kalimantan, which has an amble supply of land and workers.”

These agriculture produce, he said, can then be brought out of Kalimantan to POIC FTZ for processing into export grades for export to the overseas market like China, Japan and Korea.

“Those produce that are not up to export grades can be sold in the local market and duties paid when they are brought into Sabah from the FTZ.

“This way, exporters do need not to pay Malaysian duties for the export items and no double handling of documents with the customs declaration.

“Without sufficient economies of scale, the prices for Sabah’s exports become uncompetitive, especially when the high shipping charges are included.

“As such, even though Sabah is blessed with bountiful natural resources, rich fertile soil and a great tropical climate, it cannot contribute much to Sabah’s GDP (gross domestic product) and economy,” he said.

He added, the FTZ will further support Sabah’s position as a primary gateway for trade with other nations within the BIMP-EAGA region, especially when the State is strategically located in the centre of the region.

“Together with the direct connections that Sabah has with the key overseas market like China and Korea, Sabah is well poised to benefit from this role.”

He said the establishment of FTZ would bring many benefits to SMEs in Sabah.

“More SMEs and jobs will be created for the processing of farm produce not only from Sabah, but from goods received from the BIMP-EAGA region for processing and re-export to overseas market.

“This will help to reduce the high unemployment of Sabah.

“There will also be an increase in the manufacturing sector’s percentage of contribution to GDP and per capita income as per the former Ministry of Trade and Industry Sabah’s goal of moving the contribution of manufacturing to 35 per cent.

“Packaging and food processing factories set up within the FTZ will provide better quality jobs for locals which  is in  line with the Government’s direction.

“The FTZ will also lead to the increase in the volume of TEUs (Twenty-Foot Equivalent Unit) going out of Kota Kinabalu and eventually will get closer to the volume of incoming TEUs, thereby  resulting in lower costs of freight for exports and increase in the frequency and number of ships coming to Sabah ports,” he said.

Meanwhile, Foo also proposed for the wage subsidy to be on par with the incentive for new recruits.

“Currently employers in certain business sectors are given wage subsidy of RM600 per staff per month regardless of their salary until June, this year.

“However, newly-recruited employers in all business sectors are given wage subsidy of 40 per cent of the staff’s salary for 6 months and a training allowance of up to RM5,000.

“For staff earning higher salaries than RM1,500, the wage subsidy for recruiting a new staff is higher than retaining an existing staff.

“On a strictly monetary consideration, an existing employer would benefit by terminating the existing staff and later recruit a new and perhaps better qualified staff at a lower salary after deducting the wage subsidy,” he said.