Thanks to the China-ASEAN Free Trade Agreement (CAFTA), more commodities from ASEAN countries, ranging from agricultural products such as mango, durian and coffee to primary and intermediate products like rubber and paper, have entered the Chinese market. In 2020, China and ASEAN became each other’s largest trading partners for the first time.

The 10-member Association of Southeast Asian Nations (ASEAN) and China on Monday celebrate the 30th anniversary of the establishment of their dialogue relations.

Since the relations began in July 1991, bilateral trade volume had soared from less than 8 billion U.S. dollars to more than 680 billion dollars last year. With such a strong foundation, the two sides have pledged to enhance cooperation in all sectors to open a new chapter in ASEAN-China common development and prosperity.

The Thai-Chinese Rayong Industrial Zone in Thailand’s Rayong Province has been a miniature and fruit of such win-win cooperation. Established in 2006 and now home to 160 overseas companies, the plant boasts 40,000 local workers, mostly in automobile, electronics and machinery sectors.

Himile Group, a major tire mold supplier headquartered in China, chose to set up a factory in the zone in 2014.

“Most of our clients, the world’s top tire producers, have built their production bases in ASEAN countries. We want to move closer to them … to serve the Southeast Asian market,” said Qiu Jinliang, managing director of Himile’s Thai branch.

Over the past seven years, the plant’s production and sales capacity has expanded 60 percent annually, Qiu said, noting that “the biggest challenge now is our production capacity falls short of clients’ demand.”

In the past year and a half, despite the COVID-19 outbreak and related travel restrictions, the industrial zone managed to attract 27 Chinese companies to invest there, said Zhao Bin, president of the Thai-Chinese Rayong Industrial Realty Development.

With more than 650 million consumers and being a supply chain hub for major industries, ASEAN is becoming an important strategic market for Chinese businesses, Thailand’s Siam Commercial Bank said in a research report.

In 2020, China’s foreign direct investment (FDI) in ASEAN countries surged 52.1 percent year-on-year, bucking a global downward trend. Meanwhile, ASEAN investors continue to see a rosy prospect in China for its solid post-pandemic recovery and the new development paradigm of “dual circulation,” with the bloc’s investment in the Chinese mainland jumping 50.7 percent in the first half of 2021, according to China’s Ministry of Commerce.

Bilateral trade has also thrived over the years, buoyed by a friendly relationship between the two sides and the China-ASEAN Free Trade Agreement (CAFTA).

Thanks to the CAFTA, more commodities from ASEAN countries, ranging from agricultural products such as mango, durian and coffee to primary and intermediate products like rubber and paper, have entered the Chinese market. In 2020, China and ASEAN became each other’s largest trading partner for the first time.

In May, Cambodia exported its first batch of fresh mangoes directly to China as part of increased agricultural cooperation between the two countries.

“We will continue to enhance cooperation with China, increasing exports of our products to the Chinese market,” he said.

Trade volume between China and ASEAN maintained a robust growth in 2021, surging 27.8 percent year-on-year in the first six months, according to China’s customs statistics.

The RCEP marks “the beginning of a new era for China-ASEAN ties” and is a boon to trade and investment in not only Southeast Asia, but also the world, said Panitan Wattanayagorn, chairman of Thai prime minister’s Security Advisory Committee. 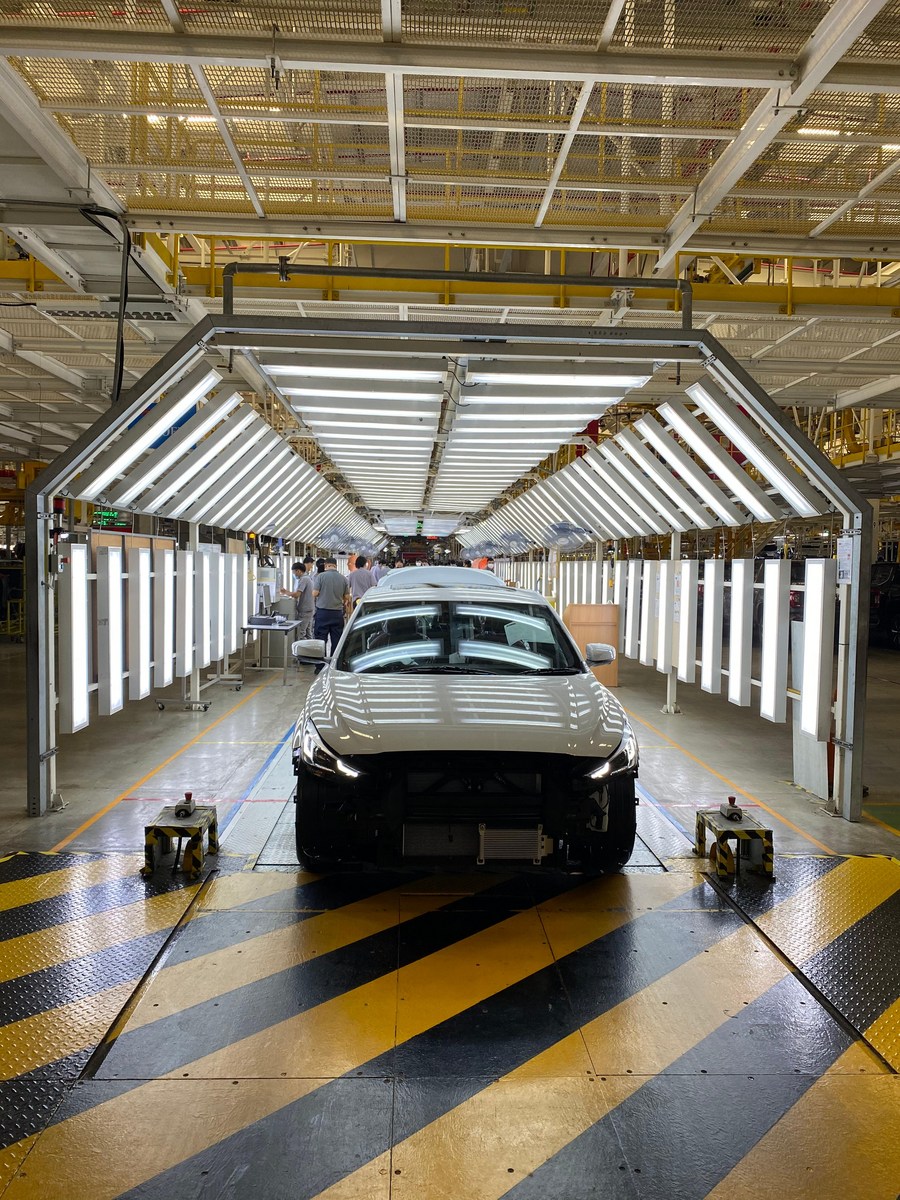 “The tailwind from the RCEP will give us a lift,” said Zhao Feng, vice president of the SAIC Motor-CP Co., Ltd., a joint venture between the Shanghai-based SAIC Motor Corporation and Thai conglomerate CP Group. Once coming into effect, the agreement will facilitate the company’s imports and exports, lower operation costs and minimize risks.

With a planned investment of more than 30 billion baht (about 1 billion U.S. dollars), the SAIC Motor-CP’s plant in Thailand’s Chonburi province represented one of Thailand’s largest FDI projects. “We aim to make it the MG brand right-hand-drive vehicle manufacturing base in ASEAN,” Zhao said.

Having worked 25 years in the auto industry and eight years in the SAIC Motor-CP, Jakkit Chuwitsakunlert is now a senior manager of the company’s quality assurance department. He said what impressed him the most is the company’s efficiency, or “the Chinese speed” as he called.

“Everything should be done very fast. It is very challenging, but think in a positive way, it’s a good thing,” Jakkit said. “Boosted by the Chinese speed, I have no doubt that our company will grow faster and faster.”