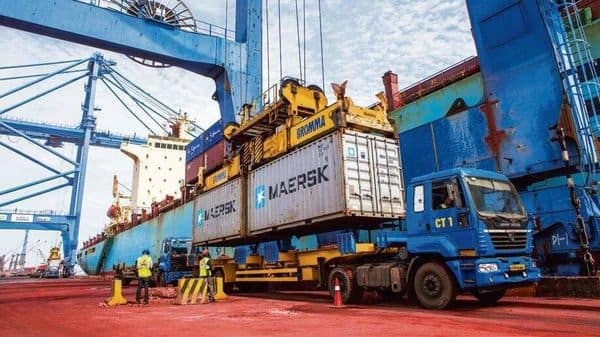 India told the countries objecting to the new regulations that the matter cannot be raised at WTO and needs to be bilaterally discussed.
(Photo: Bloomberg)

India’s free trade partners have raised concerns at the World Trade Organization (WTO) that its insistence on additional documents to determine the origin of imported goods could raise non-tariff barriers to trade. Countries such as Japan, South Korea, Indonesia, Malaysia and Sri Lanka have sought clarifications on the new rules during India’s quadrennial trade policy review (TPR) at WTO.

Following an amendment to India’s 1962 Customs Act in the FY21 budget, the finance ministry issued a notification under Customs (Administration of Rules of Origin under Trade Agreements) Rules, 2020 (CAROTAR), mandating documents beyond the usual certificate of origin (COO) to claim tariff benefits under free trade agreements (FTA).

The CAROTAR rules were implemented in September to strictly verify the rules of origin under FTAs to guard against misuse of benefits. This has shifted the burden of proof to the importer from the exporter who is often struggling to comply with the new obligations, making the customs clearance process more complex. In cases where origin declared in a COO is doubtful, the customs officer under the CAROTAR is mandated to demand relevant origin details from the importer, before seeking verification from the partner country.

South Korea in its objection called for a review of the CAROTAR regulations. “First, we request that India take a critical look at its new regulations on the rules of origin, namely CAROTAR 2020. Korean firms raise increasing concerns which include: an excessive demand for submission of origin-related information; retrospective applications of law; and arbitrary interpretation of the regulation by the customs authorities,” it said during India’s TPR.

Documents released by the WTO on Friday showed that South Korea asked, “Wouldn’t the rules increase the cost of applying preferential tariffs and act as obstacle to the use of trade agreements?”

Indonesia in its submission said it seems that the verification and clearance process has become longer, and is not in line with the spirit of trade liberalization as agreed in the Asean-India FTA. “Besides, the request to provide a business process information for importers would also pose a risk from unauthorized parties such as information leakage issue under the CAROTAR scheme. The stringent requirements will impact the importers, especially those who are legitimately claiming Preferential Tariff Treatment,” it added.

To most questions raised by FTA partners on CAROTAR, India offered a standard response that the matter cannot be raised at WTO and needs to be bilaterally discussed. “The CAROTAR 2020 relates to imports under bilateral FTA, which does not fall within the purview of (Trade Policy Review Mechanism) TPRM [the function of the TPRM is to examine the impact of a member’s trade policies and practices on the multilateral trading system]. However, a comprehensive document containing relevant information on the CAROTAR 2020 is available in public domain,” it said.

Abhishek Jain, tax partner at EY India said when CAROTAR was introduced, the industry initially faced production lags and fund management issues; however, more and more companies have streamlined the process of collating requisite data from their vendors.

“However, most FTA shipments are still being provisionally cleared by customs authorities with detailed scrutiny still being pending. This will be another exercise which the importers will have to undertake with custom authorities,” he added.